The Westboro Baptist Church claims that their beliefs are similar to the primitive Baptist tradition, a conservative branch 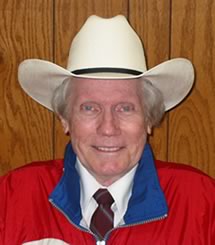 Fred Phelps, leader of the Westboro Baptist Church said, “The modern militant homosexual movement poses a clear and present danger to the survival of America, exposing our nation to the wrath of God as in 1898 B.C. at Sodom and Gomorrah.”

Phelps believes that America’s new openness to homosexuality will be the downfall of religion and of our country. “They were raised on a steady diet of fag propaganda in the home, on TV, in church, in school, in mass media – everywhere – the two pronged lied. One, it’s okay to be

gay. And two, anyone saying otherwise, like Westboro Baptist Church, is a hatemonger who must be vilified, demonized and marginalized,” Phelps said in response to America’s children growing up with an open mind about homosexuality.

The rituals at the Westboro Baptist Church are similar to other religions including a weekly church meeting. However, the WBC has been centered on picketing and protesting since the early 1990s. WBC picketing has become more widespread including homosexuality, the Holocaust Memorial, September 11th, 2008 Sichuan earthquake in China, Pope Benedict XVI, Barack Obama, Al Gore, Catholic priests, Catholic church, Hinduism and Islam. 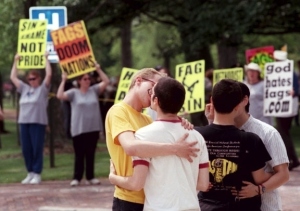 One thing that has become popular is the “counter protest” which started gaining popularity after the September 11th attacks. The Westboro Baptist Church showed up to picket the tragedy and one young man, Jared Dailey, stood across the street with a sign that read “Not today, Fred,” calling out Phelps on his insensitivity. After a few days, nearly 100 other people joined Dailey with American flags and anti-hate signs. When the WBC decided to picket the funerals of the Newtown shootings, people took to the internet to fight back at the church, writing letters to government officials and releasing a membership list with personal contact information of all of the WBC members. 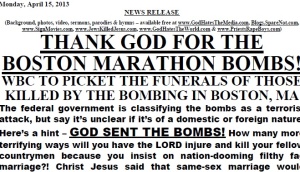 The Westboro Baptist Church is not affiliated with any particular denomination and has actually been rejected by many religions. The WBC mainly claims to have ties to the Southern Baptists because Phelps was ordained by a Southern Baptist Minister in 1947.

Although there are no exact numbers, it is estimated that there are less than one hundred followers of the Westboro Baptist Church and the majority of the members are family. Phelps and his wife have 13 children together and those 13 children have married and have children of their own. Many of these offspring live in the family compound, while some do not except the WBC teachings and have moved away. The family compound is located in Topeka, Kansas where Phelps lives with his large family. 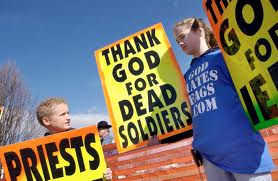 Although the Westboro Baptist Church receives mainly backlash for their conservative views, the church was defended on the grounds of free speech by the American Civil Liberties Union. Even though the church has found an ally in one Union, most others are still disgusted by what the WBC’s actions and what it stands for. The federal government has made some moves to control the WBC. In 2012, California and the federal government set a 300 foot parameter around funerals the the WBC cannot protest within.